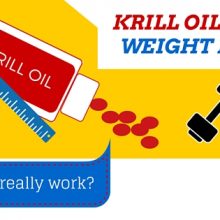 There are numerous studies that have been done on Krill oil that have proved and shown that it’s the MOST effective omega 3 supplement on the market right now.

It has so many health benefits and contains rare but powerful active ingredients that you won’t find in other omega-3 supplements.

There are many comprehensive studies and trials that have proven its positive effects against weight loss and other health-related ailments.

Krill oil vs other supplements for weight loss

There are thousands of supplements and diets on the market that claim to be a weight loss miracle, that will help us to shed the pounds and give us the body of our dreams in just a few days or weeks.

I don’t know about you but I’m sick and tired of these people who just want us to live in this big lie that weight loss is just like magic, where things just happen in a flash.

We all know this is not right but somehow and for some reason, we fall into that trap almost every single time and believe this nonsense.

Krill oil is one of these supplements that has been advertised to help with weight loss and burn tons of calories and also help us to maintain a healthy weight loss.

To really understand the true meaning behind ”KRILL OIL FOR WEIGHT LOSS”, there are two questions we need to cover to be able to decide whether krill oil is really effective as a weight loss supplement or not?

There are so many different reasons for failing a weight loss plan and not maintaining a healthy weight.

For every one of us, there is a good reason where we find ourselves stuck and unable to lose weight, where weight loss becomes an impossible task and suddenly finding ourselves gaining more weight than before.

Kids, family, work you name it, there are an endless  amount of reasons making it very challenging for us to lose weight and keep it off.

The most common reasons for finding it difficult to lose weight are:

As you can see that there is undeniably strong connection between the above conditions and weight loss.

Managing or even better curing these illnesses can have a very positive impact on weight gain and a very successful weight loss.

What’s the connection between krill oil and weight loss?

Krill oil, what is it and what does it really do, exactly?

Phospholipid-derived fatty acids are readily bioavailable and don’t need digestive enzymes to break them down.

The human cell membrane is made from phospholipids, which means the phospholipid-derived fatty acids of krill oil are able to enter the cell very easily and readily absorbed and therefore, that makes krill oil superior in its bioavailability to other omega-3 fatty acids like fish oil.

The bioavailability of krill oil also means that krill oil is a fast-acting supplement, which means you will see faster results with krill oil than with other drugs or supplements.

The other components of krill oil are:

Astaxanthin is an anti-inflammatory and antioxidant that is found primarily in marine organisms like krill, shrimp, salmon, and microalgae.

It has been claimed that Astaxanthin can help with so many health disorders like:

There are numerous studies ( we will talk about them later in more detail) have been done on Astaxanthin to examine its effectiveness against conditions that are connected to weight loss.

Choline is a compound that has cognitive properties and essential for liver function. The choline that is in krill oil is present in a form of phosphatidylcholine.

Krill oil contains around 69 choline-containing phospholipids, according to an experiment that was carried out to detect that amount choline in krill oil. They found out that the Phosphotidylcholine concentration was ~34g/100g oil.

This shows that choline has an important part to play in making krill oil as potent and effective as it has been shown to be.

The health benefits of krill oil

Krill oil has been proven beyond any doubt to be very effective against chronic inflammation, stress, high blood pressure, high cholesterol and diabetes.

Like I have mentioned before that chronic inflammation plays a vital part in weight loss and weight gain because of its direct effect on body fat, appetite, and metabolism.

Chronic inflammation is also associated with many life-threatening diseases: 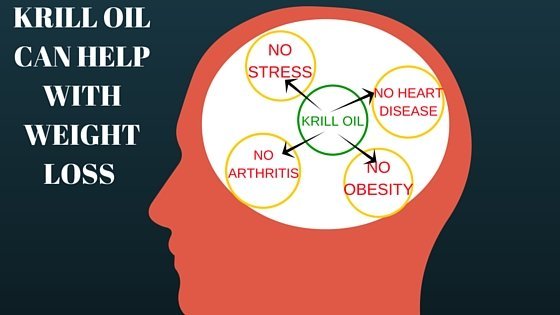 And the leading factors for having chronic inflammation are:

As you can see that all or most of the diseases and conditions are closely connected to weight gain.

You might ask how does krill oil has anything to do with chronic inflammation?

There are numerous double-blind trials have been carried out on krill oil that has proven its effectiveness against chronic inflammation and arthritis.

After 30 days of taking 500mg of krill oil, the subjects noticed a significant reduction in symptoms of rheumatoid arthritis(20-29% reduction), and also significantly reducing C-reactive protein concentrations (~30% reduction). C-reactive protein is found in the blood, it increases when there’s inflammation, and decreases when there’s less or no inflammation.

The study concluded that taking krill oil on a daily basis can significantly inhibit inflammation and reduce arthritic symptoms.

This shows that krill oil can be very effective and can have a long-lasting positive effect on chronic inflammation and weight loss.

The other thing to remember is that krill oil is much safer than over the counter pain killers.

Non-steroidal anti-inflammatory drugs (NSAIDs) have been found to cause internal bleeding when used for longer than 3 months.

High cholesterol has a direct connection to many diseases and disorders and especially heart disease and obesity.

Cholesterol has a complex structure and is made from three main components that play an important role in controlling cholesterol levels in the blood.

To understand how cholesterol affects our health, we need to know the roles of the three major components of cholesterol:

Cholesterol can be simply controlled and managed by eating a healthy diet that is rich in omega-3 and regular exercise. Losing weight and maintaining a healthy weight is vital for lowering bad cholesterol and the risk of heart disease.

The Internal Medicine Department at McGILL university, Quebec, Canada, conducted a study to evaluate the effects of krill oil on total cholesterol, LDL, HDL, and triglycerides.

Seoul national university, Seoul, South Korea, the study found out that Astaxanthin an antioxidant that is found in krill oil was also determined to have positive effects on oxidative stress and cholesterol in overweight subjects.

There were 34.5% increase in the antioxidant count in the blood, and 32.7% reduction in lipid peroxidation (damages cell membrane and can cause cancer), around 10% reduction in LDL cholesterol (bad cholesterol), and also 30% increase in superoxide dismutase, which is a powerful anti-inflammatory.

It’s important to remember that Statins, the cholesterol-lowering  drug have been shown to increase weight and blood glucose levels.

It’s pretty evident by now that the omega-3 and the antioxidant in krill oil are very safe, potent, and very effective in helping us lose weight in a healthy and manageable way.

The fact is that there are so many people deficient in omega-3 fatty acids and that because of: 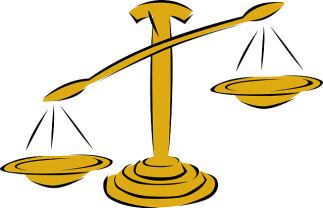 2)most of us lead unhealthy and imbalanced  lifestyle making it almost impossible for our body to balance the omega-3:6 ratio.

3)most of the foods we eat are rich in omega-6, and that also imbalances the omega 3:6 ratio.

According to the center of genetics in Washington, in a typical western diet, the 3:6 omega fatty acids ratio is around 15:1, which can lead to many diseases like heart disease, inflammation, cancer, and autoimmune diseases.

Lowering the omega-3:6 ratio, in other words, consuming more omega-3 (krill oil)has been shown to lower the risk of many chronic diseases like cardiovascular disease, rheumatoid arthritis, breast and colorectal cancers, and asthma

There are many different drugs that can interact with krill oil 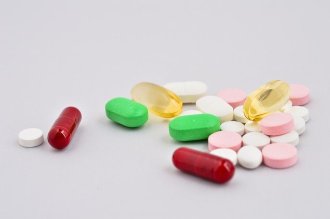 Krill oil can definitely be a great addition to anyone’s weight loss regime, and as we can see already is that is also a great addition for overall health and it’s very safe with no side effects.

How to take Garcinia Cambogia for BEST results (must read)

Does the squat challenge work? 5 SCIENCE- backed FACTS must know

Can a chiropractor fix a pinched nerve- 3 steps you MUST do!

80 nutrition 20 exercise- What does it REALLY mean?